ASP.NET MVC Vs ASP.NET Web Forms – What to Choose

It’s been a long time I have been working as an ASP.NET developer and I do enjoy writing web apps using web forms. Many people say ASP.NET MVC replaced ASP.NET Web Forms. But that’s not true. Both have their own pros and cons Nobody can tell or teach us what to use and when, but we can discuss about some facts which will help us to make choice between both of them. And this article contains same.

When we say web technologies, we have classic ASP, php, jsp,ROR, ASP.NET Web Forms, ASP.NET MVC and many more. Classic ASP is one of the web technology introduced by Microsoft. Biggest pain point with the classic ASP was spaghetti code and maintainability. Let assume a scenario where you have some text boxes and a button. On button click you validate the data with the server and if validation succeeds data will be stored into database and in case it fails, error message will be shown to user in the form of red colored label. You know what’s the biggest problem with this scenario is? You have to do lots of stuffs by your own.

(Using Ajax is an alternate method. Here I was trying to explain the manual work need to be done with classic ASP).

Technologies like Visual Basic are limited to standalone applications, when it comes to web, only option left with Microsoft is classic ASP.

When we talk about Web and Desktop, two things which should be considered are

Web works on HTTP which is completely a stateless protocol. We will be having request and response independent of previous request and response. Unlike desktop no variable values will be preserved and no complete event driven programming model. Like desktop it will wait for user inputs but every user input and interaction act as a new request (get/post) to server.

What is Web Forms?

Microsoft first brought out ASP.NET Web Forms from ASP which solved lots of problems by creating higher level abstraction over stateless web and simulated stateful model for Web developers. In web forms concepts like self postback (post form data to same page) and ViewState (maintain control values during postbacks) are introduced. And the most interesting part is it’s not required to write even a single line of code. With Web Forms Microsoft tried to bring the Visual Basic model into web.

Let’s talk about advantages and disadvantages of Web Forms.

ASP.NET 4.0 has come up with some good features to overcome some of the above problems

Even after the evolution of the revolutionary features of ASP.NET,

MVC is an architectural pattern which is has been around for sometimes now.
Many are using it including Java. It’s not new concept which Microsoft brought it up. ASP.NET MVC is something we should talk about. But prior to that lets clear some terminologies including MVC.

What is ASP.NET MVC? 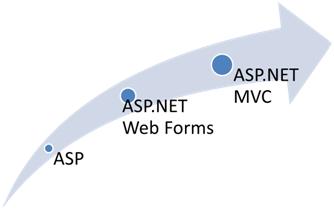 ASP.NET MVC is a Microsoft’s one more Web application framework designed with separation of concerns and testability in mind. It is built on CLR and completely based on MVC architecture and so we think in terms of controllers and Views. ASP.NET doesn’t have support for ViewState and server controls, so we get feel of old web here. Let’s talk about Advantages and disadvantages of ASP.NET MVC

This was for get request, same happens for post. Only instead of putting URL in the browser user will do some action on already requested page and flow start with the controller. Actions like clicking button, changing drop down value etc.

Each can be the “best choice” for a particular solution depending on the requirements of the application and the background of the team members involved. What to choose and when has more to do with business prospective than which one is better than other. When facing a decision to choose between ASP.NET Web Forms or ASP.NET MVC it is important to know that neither technology is meant to replace the other.

Two important factors you should consider while making the choice is

Other than these, what you can do is, write down all your project requirement and try to compare them with Pros and Cons of both Web Forms and MVC and if possible try to ask yourself following questions and point MVC and Web Forms accordingly

Bilal Amjad Featured as Speaker in Startup Weekend in Lahore